Also, I thought this would be easy to find an answer to. I mean, facts are facts, right? But, what I found instead were statistics on all kinds of different details of men and women drivers. The reason I point that out is that 89.7% of all statistics are made up.

One thing that I found that was interesting (and consistent) is that women seem to have a much higher percentage of accidents with other women. Now, this has nothing to do with the men vs. women driving stats. I just thought that was odd.

Most of the information was kind of dated. I do believe the number of women drivers are increasing every year which may change current statistics. 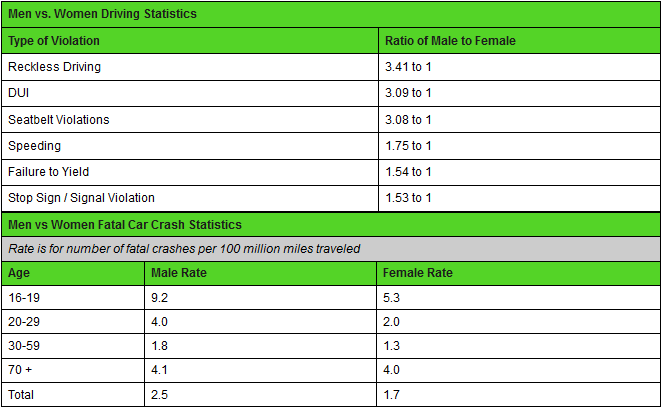 So, what’s the conclusion? It’s prejudice to think that any driver is better because they’re a man or a woman. Clearly, there are excellent drivers on both sides. But, the overall information that I found right now gives women the thumbs up.